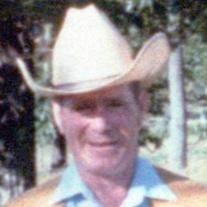 Mr Lawrence Shellenbarger 69 a lifelong resident of Herrick Illinois, died Monday, May, 2, at 6:48 PM in his residence, in Bowling Green Township, Fayette County, Illinois. Funeral services will be, Thursday, May, 5 at 12:00 Noon, in the Herrick... View Obituary & Service Information

The family of Lawrence Shallenbarger created this Life Tributes page to make it easy to share your memories.

Send flowers to the Shallenbarger family.